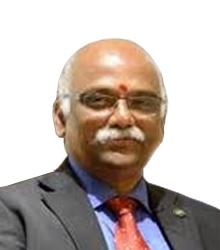 Shri. R. Gandhi had been the Interim Head of Monetary Policy Department of Reserve Bank of India since September 2016 and has been its Deputy Governor since April 2014. Shri. Gandhi served as an Executive Director of Reserve Bank of India since March 3, 2011 and served as its Director. He has been a Director at National Bank for Agriculture and Rural Development since July 20, 2016. He served as a Director of Bank of Baroda since July 2010 until May 30, 2011 and National Housing Bank since October 17, 2016 until May 18, 2017. He served as a Director of Central Bank of India from June 11, 2002 to January 9, 2004. He served as a Director of Punjab & Sind Bank from April 2, 2008 to July 28, 2009. He has a rich experience of Central Banking of over three decades having wide cross functional exposure in technology, payment systems capital market, securities, forex, money market, Human Resource Management and International Banking. Besides holding strategic positions in RBI, he had also piloted several projects on IT, payment systems, financial literacy, financial inclusion and related developmental initiatives. He holds MA (Economics) with CAIIB and has professional competence in IT applications. 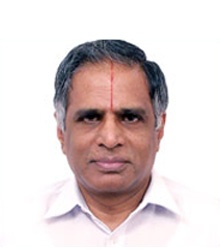 Prof. S. Sadagopan is currently the Director of IIIT-Bangalore. He is a product of Madras University, India and Purdue University, USA. He taught for 30 plus years at IIT-Kanpur, IIM-Bangalore, IIT-Madras and IIIT-Bangalore in addition to short teaching assignments at RUTGERS, USA and AIT, Bangkok. He has authored seven books, several book chapters and papers. He is a Fellow of IEE (UK), Computer Society of India and Institution of Engineers (India). He is a Senior Member of IEEE and ACM. He was a Fulbright Fellow in 1995. He serves as a Member of the International World Wide Web Conference Committee (IW3C2), Karnataka Knowledge Commission, and ACM India Council. He was the General Chair for World Wide Web (WWW) Conference 2011 and International Conference on Global Software Engineering (ICGSE) 2007. He does not hold any equity shares of the Company. Dr. Nivedita P Haran, IAS (Retd), retired as the Additional Chief Secretary Department of Home Affairs, Government of Kerala, India. She has served extensively in various capacities with the Government of Kerala as well as Government of India. She was also the Civil Affairs Officer for the UN Peacekeeping Mission in Kosovo for five years. She has worked through the ranks of Indian Administrative Services (IAS) leading Home, Revenue, Land Management, Energy and Institutional Capacity Building Initiatives in Kerala. She brought up the Disaster Management Department with the Hazard Vulnerability and Risk Assessment Cell and the State Disaster Management Authority in Kerala. She also headed the Delhi Division in Ministry of Urban Development, Government of India. Having served as former Additional Chief Secretary, Department of Labour, Government of Kerala, she has a fair understanding on issues related to labour migration. She has a Ph.D. in Sociology from Indian Institute of Technology (IIT) Delhi, India. Nivedita served as the Director of Centre for Innovations in Public Systems, Hyderabad, India. Anindya Banerjee started his career with ICICI in 1998. He has worked in the areas of corporate banking, planning & strategy, investments and investor relations. He is currently a Senior General Manager responsible for strategy and investor relations at ICICI Bank. He is a member of the Institute of Chartered Accountants of India 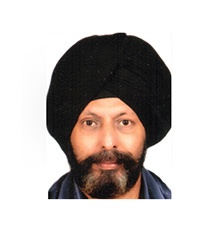 Shri. G.S. Chawla, is the Executive Director (IT/SD) at Life Insurance Corporation of India. He is an Economics Graduate. He has vast experience in the area of Information Technology and Insurance sector. Shri. S. Ramann, from the Civil Service (Indian Audit & Accounts Service, 1991) is deputed to NeSL, by the C&AG of India. Prior to joining NeSL, Ramann was the Principal Accountant General of State of Jharkhand from 2015- 2016. He was empanelled to the post of Joint Secretary to the Government of India in 2011. Earlier, he held the position of Executive Director Secondary Markets, SEBI, while on deputation from Government of India from 2006 to 2013. His qualifications are, BA (Economics) and MBA from Delhi University. His professional qualifications are L.L.B., MSc. in Regulation from the London School of Economics, Certified Internal Auditor from IIA, Florida and Post Graduate Diploma in Securities Law.

Changes in the board as updated in the MCA Website